The Evil Escort! An SPH Experience 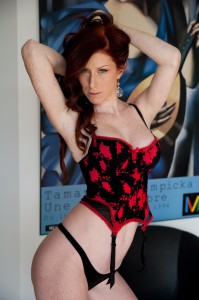 Do you have a less than average sized penis? An itty bitty weenie? A clitoris for a cock?

If SPH is your thing; you have just got to hear this story!

One of my favorite humiliation callers told me about a real life experience that he once had. He says it was one of the most embarassing, humiliating nights of his life! He hadn’t been with a woman in a very, very long time. Quite literally it had been several years since his penis was close to a woman’s vagina. He was traveling on business and decided to spend some cash on a big splurge. He called an escort service out of the phone book and asked them for the sexiest woman that they had! He was a little shocked at the price; having used escorts in the past he felt this service was especially high priced. He didn’t mind; figuring the woman that would soon show up at his hotel room would be well worth the price!

An hour later; there was a knock at the door.

Standing before him was a most gorgeous site! A tall, lean redhead in skin tight jeans, a revealing top, and peep toe pumps. His prick was hard before she even uttered a word. She asked if he was expecting her and before she would walk through the door; requested payment in cash. He handed it over.

She came inside and put her purse down on the nightstand; sat at the edge of the bed and crossed her legs. She looked at him and told him to undress.

He began to disrobe. His pulse was running so fast, he was excited, turned on, scared as hell. Would she be like the others?

Would she laugh, too?