Mistress receives many calls from men that want to know about Alpha males and large cocks. Perhaps it’s just hearing me describe a 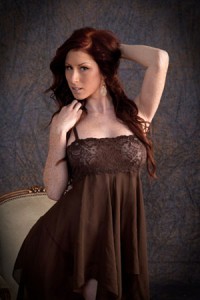 large cock that turns these men on? Listen to or read this blog and then post in the comments section and let Me know what you think about this story and description:

Richard was from the Caribbean. He was well known in my circle of friends for being a suave gentleman with a gloriously big cock. Women regarded him as a well hung lover and he had made quite the impression with a close girlfriend of mine. When she invited me to a party that he was hosting, I gladly accepted the offer.

When the host opened the door, I got much more than I expected. A 6’4 handsome black man with the whitest sparkling wide smile and beautiful features reached out to take my hand. He already knew my name, my friend had informed him that I would be coming by. He escorted me into his home and showed me around, it was as if I were the only guest at the party (although there were many). When he took me to the master bedroom I was in awe. The largest bed I’d ever seen was the primary piece of furniture. It was amazing. Large pillows everywhere and the  softest comforter and sheets. I could only imagine the number of women that this man has had here in this bed designed for sex!

He insisted that I try it. He told me to just have a seat on the edge so I could feel it’s downy softness. I did and he was right. Richard walked over and stood in front of me. I looked up into his eyes as he said, “Scarlet, I know you want to see if the rumors are true. May I show you?’ I found myself filled with the desire to see this man’s cock! It was so unlike me. I quickly accepted his offer and leaned back on my arms to watch the reveal.

He looked at me while he unzipped. Never taking his eyes off of me as he reached into his pants. It felt like an eternity as I watched him stroke himself inside of his pants; making me wait to see it. I could see his hand going deep down the leg of his pants as he rubbed his hand over it. Licking his lips, he told me that he’d have to remove his pants to get it out. I nodded. He unbottoned and dropped them to the floor. His large hand was holding his cock. It overflowed on both sides. I reached out and touched his hand, asking him to move it.

There he stood in all his glory. His cock was almost the same color as his skin, just a bit lighter. It was a lovely milk chocolate color. This was the first Big Black Cock (BBC) I had actually seen in real life! It was by my estimate at least 11 inches long and I know for a fact, I could not wrap my hand around it. There was a vein that was prominent along the top shaft running from his groin to the head. The head, mmmm, it was perfectly mushroom shaped with a big, thick lip running around it. His big balls were nicely shaved and firm, tight. They were very large as they sat against his muscular thighs. I could only imagine the amount of cum inside a set of balls like that.

I couldn’t help myself. I had to touch it. He must have seen the needing in my eyes because he stepped even closer to me, his cock now staring me right in the face. I reached up and took it in my hand, amazed at how hard it was! It was as though a steel rod was inside. I held it and felt his pulse throbbing throughout as it would occasionally flinch and jerk under my touch. My hand looked amazing against his dark skin, I was mesmerized and wanted more……………………………………

Do you want more? I would love to tell you what happened. I love telling the story; it makes me so wet remembering it.

Here are a couple of related blog posts that I’ve written in the past: Hotel Sex With Jamal and What Kind of Cock?

Don’t forget to post in the comments section and let me know what you think about my description of a large Alpha male cock!